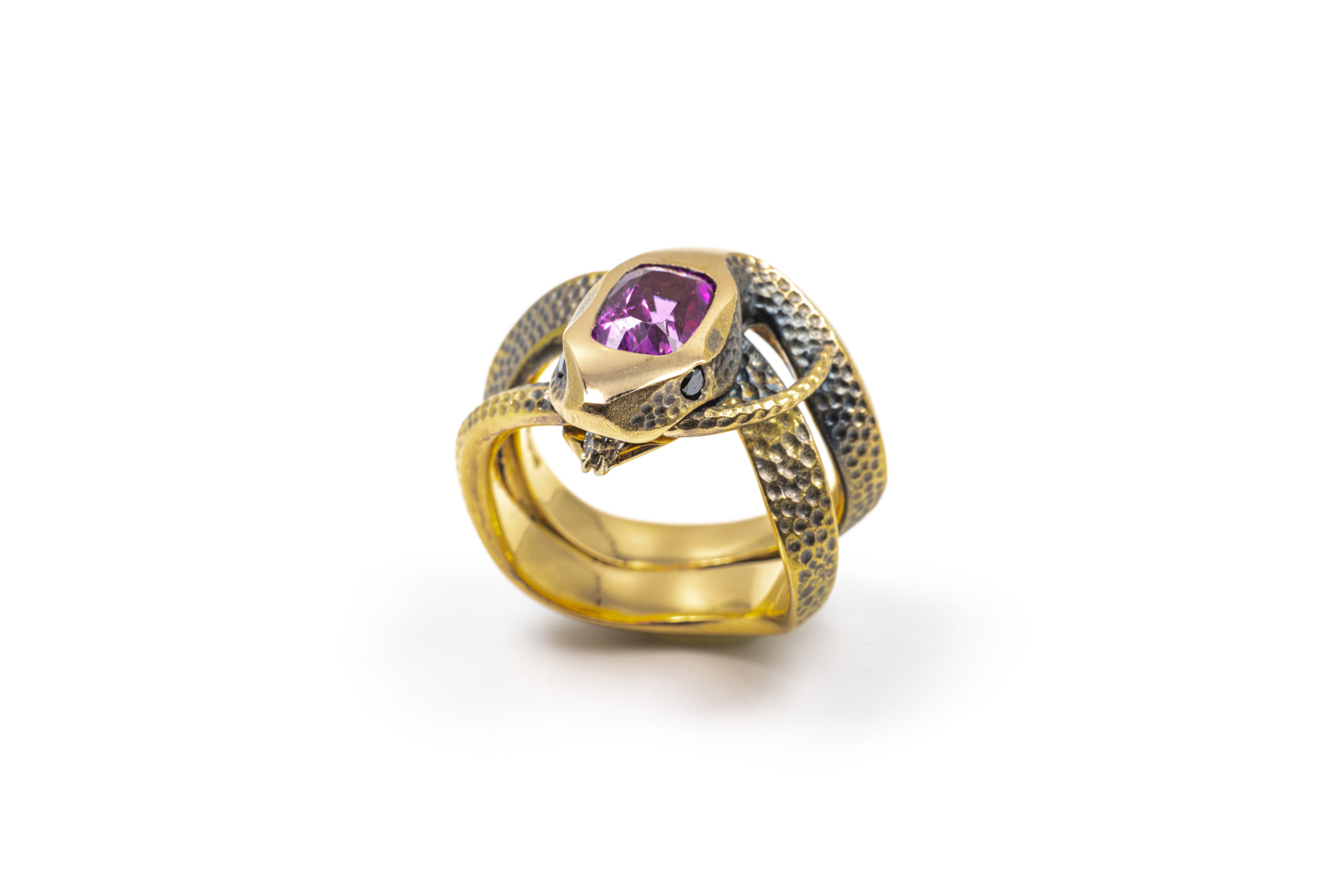 Treasure forge earth: From the origin in the hot interior of our earth – scientific and analytical methods enable mineralogists for research and testing institutes – in conversation with Dr. Thomas Schröck, gemmologist and founder of The Natural Gem GmbH from Vienna / Austria.

Minerals are everyday companions and can be found in cosmetics, household, building materials, medicine, luxury items and much more. For the history of their formation, pressure was decisive as well as heat, which liquefies and deforms rock and over millions of years crystals, gemstones and metals such as gold, silver and copper are formed. Minerals are solid, inorganic and homogeneous building blocks of rocks and are found everywhere. Without minerals, life would not be possible, as important basic building blocks and trace elements originate from minerals. For the metabolism of plants, animals and humans minerals are needed, they are responsible for life on earth.

Minerals, crystals and colored gemstones have fascinated Austrian gemmologist Dr. Thomas Schröck, founder of The Natural Gem GmbH in Vienna, since his childhood. The gemologist, who holds a doctorate in economics and has trained internationally (including in Switzerland, the USA and India), is regarded throughout Europe as an expert on natural-colored, untreated gemstones and investments in them. His bestseller „EDELSTEINE ALS INVESTMENT“, published in 2017, is the first book to provide profound insights into the world of the most valuable stones in the world. It deals with both mineralogical and historical aspects of gemstones, clarifies what to look out for and provides an overview of price trends. Dr. Thomas Schröck comments: „An investment in gemstones is still subject to two worlds: Gemstones as jewelry stones and gemstones as a pure capital investment. These two worlds are connected together by the pleasure of the sparkling and shining companions of mankind, but in different ways. It is important to note that today’s jewelry market, as well as the gemstone market, is dominated by heated, irradiated, material-filled stones that have little in common with the original as it comes from the earth. The reason for this is a simple one: there are no longer enough gemstones for the jewelry market. Mine production is declining and many formerly famous sites are exhausted. The Natural Gem GmbH focuses exclusively on natural colored gemstones.“

Crystals – from the Greek „crystallos“ – interesting facts from this science

The evenness of their forms and the beauty of their colors have made minerals and crystals objects of natural observation since time immemorial. Even prehistoric man began to collect and admire. „The different structure of the crystals, their material fine structure cause different physical and chemical properties of the crystals, thus their external appearance and their beauty,“ explains Dr. Thomas Schröck and continues, „Minerals are materially uniform natural components of the rigid earth’s crust. They are characterized by a uniform chemical composition and a typical crystal lattice. The crystal lattice gives minerals certain physical and chemical properties.“

The word „mineral“ is derived from the Latin „minerare“ (mining). Minerals are regularly formed by three processes, which can be briefly described:

„Minerals such as roselite, mansfieldite, or fingerite, on the other hand, are so rare that they have often been found in only one place in the world. In contrast, these extremely rare minerals are often sought after exclusively by mineral collectors or scientists.

Whether a gemstone or a rare mineral is really „worth“ something therefore depends not only on the rarity, but also on the demand and the possibilities of use, especially in the form of gemstones,“ explains the gemstone expert.

Crystal comes from the Greek „crystallos,“ meaning rock crystal a crystal-clear, colorless variety of quartz. Crystal science studies the crystalline state of matter. All crystals, which developed without the influence of humans in nature at the outermost earth crust, are called minerals. They are tools or ornaments already for prehistoric people. As minerals, they form the basis of the technical world as raw materials for ores and building materials, for glass, ceramics, and indeed for all inorganic chemistry in general, since important basic building blocks and trace elements originate from minerals.

The flatness of crystals has always fascinated people. Already in ancient Greece, Aristotle and Theophrastus dealt with the matter. They already knew 60 different types, which they distinguished according to their properties such as workability, combustibility or metal-like character. The knowledge was applied and increased by Arab physicians. Already 1000 years ago Biruni was able to determine the density of the materials physically exactly. Dr. Thomas Schröck comments: „For several centuries, mineralogy was scientifically quite quiet until 1556, when the book of the German physician and natural scientist Georg Agricola appeared, which was called „De Re Metallica“. Further progress was the knowledge of the internal structure of crystals in 1669 by Nicolaus Steno. Using protractors, Steno measured the angles between individual faces and found that for the same type of crystal, the angles were always the same. Steno called his discovery the law of the constancy of the dihedral angle. He recognized even then that there must be a deep internal order underlying this external regularity.“

Discovery of norms and classification

The following decades and centuries were marked by a veritable flood of investigations and scientific discoveries. It was found that eventually only all crystals occurring could be assigned to a scheme of only seven different groups. „These are called crystal systems. In these crystal systems there are different symmetries. With the help of these seven crystal systems, it has become possible to classify all minerals in terms of their symmetry,“ explains Dr. Thomas Schröck.

Chance came to the rescue. The French mineralogist Haüy once visited the mineral collection of a friend. There, a calcite crystal fell out of his hand and broke. The Frenchman then discovered that the countless fragments of the crystal were all similar to each other, almost alike. Thus, cleavage by mechanical stress always leads to sameness.

The most striking characteristic of crystals is their crystal form, which leads to the fact that the crystal systems can be distinguished into only seven different crystal systems. In addition, there is the luster of the material and its hardness. The color is one of the most obvious properties of minerals. The properties of the material under light – known as luminescence – is also an important component in recognizing a crystal. „In order for a mineral to become a crystal optimal conditions are required during growth optimal. From quartz, rock crystal is formed by the appropriate temperature and sufficient space for the nucleus of crystallization to unfold the slowly typical pencil-shaped tips of rock crystals. But chemically it remains quartz, a mineral,“ explains Dr. Thomas Schröck.

About the author:
Automation as a tool for simplifying work – The development remains exciting and challenging. Without automation nothing runs anymore, neither industry, handicraft nor the service. Generations X, Y and Z are completely digitized and the future is reshaping itself – boundaries are disappearing. Maximilian Bausch counts himself among the young native digitals with the idea of using automation across the board. He relies on the Future Workshop to overcome prejudices and fears of automation. To accompany thus the way for economy and efficiency of enterprises positively, by communication and discussion are taken up.