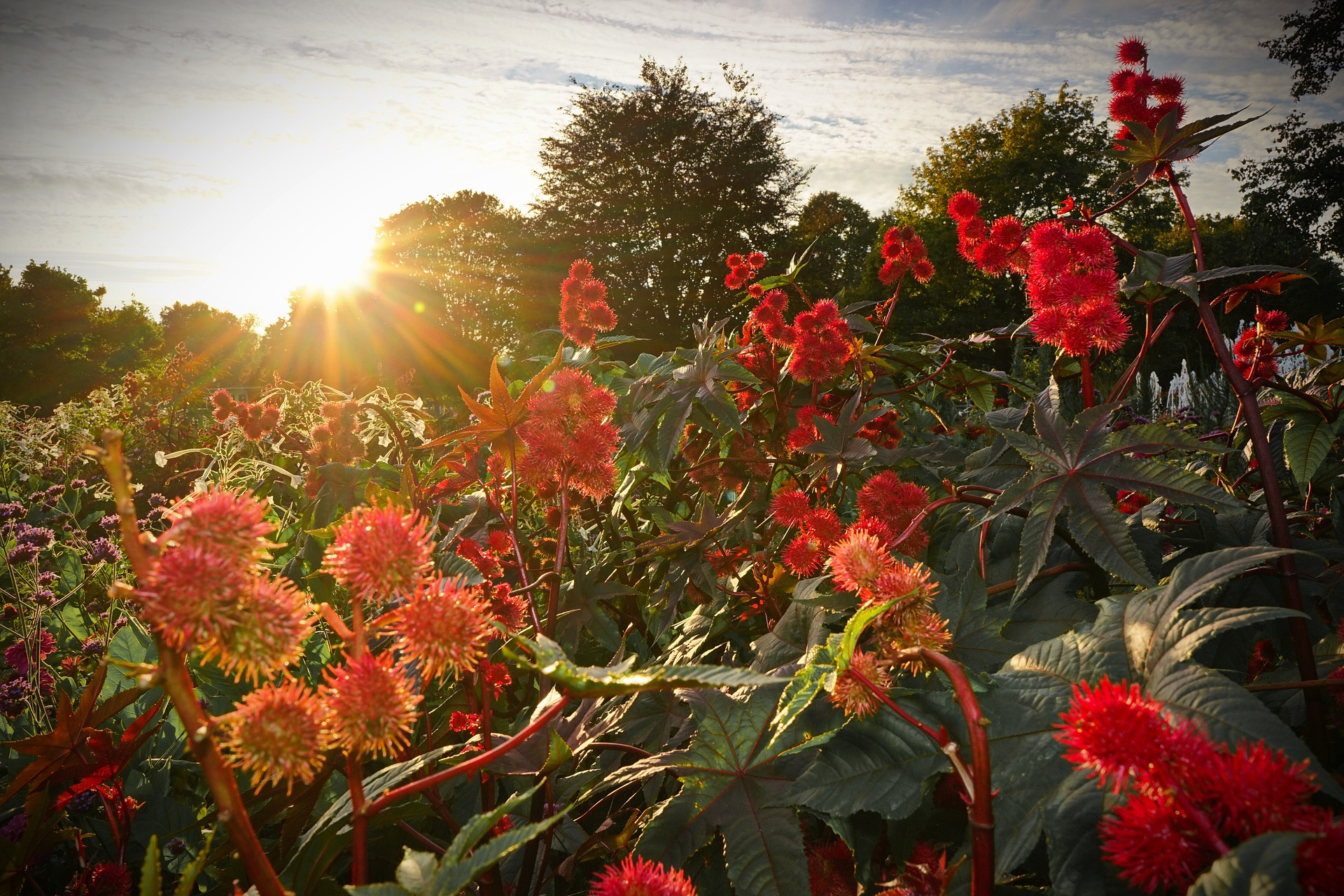 Thomas Wegener, founder of GrowExpress, talks about agriculture as one of the most important sectors of the overall African economy, which offers enormous opportunities for the emergence of small and medium enterprises.

In this future-oriented development, the castor oil plant (Ricinus communis L.) plays an extremely important role. It is cultivated worldwide because of the commercial importance of its oil. Castor oil, which is produced from castor beans, has long been considered an important commercial value due to its very diverse applications.

Castor is a widely accepted agricultural solution for tropical and subtropical regions to meet general needs for crops with low input costs and profitable yields. The castor bean plant is easy to establish in the field, resistant to drought, tolerates different soil types, including marginal soils, and yields up to 1 ton of oil per hectare.

It is a vegetable oil obtained by pressing the seeds of the castor bean plant and is mainly grown in Africa, South America and India. Currently, the major castor oil producing countries include Brazil, China and India.

Castor is one of the oldest crops. However, it contributes to only 0.15% of the vegetable oil produced worldwide. The oil derived from this crop is exceedingly important to the world’s specialty chemical industry, as it is the only commercial source of a hydroxylated fatty acid.

Demand for castor oil has increased massively in the international market since recent years, ensured by more than 700 different applications, ranging from medicine and cosmetics to biodiesel, plastics and lubricants.

Vegetable oil is critical to many industrial applications compared to others, due to its unique ability to withstand high and low temperatures.

Africa’s potential to tap into the castor market is very promising. The most important task is to make Africans aware of the unique possibilities of this crop. Investing in castor seed production is a feasible agribusiness through oil processing in Africa.

It could help lift millions of people out of extreme poverty, create jobs and boost the economy of the African continent in general.

Castor bean is a species of flowering plant in the spurge family (Euphorbiaceae), which includes a variety of plants native mainly to the tropics.

Castor belongs to a monotypic genus Ricinus and a subtribe Ricininae. The origin of the castor bean plant appears to be in East Africa and was introduced to China from India ~1,400 years ago. It spread rapidly in ancient times and became established as a native plant.

Castor bean varies greatly in growth and appearance. Leaves are large, often dark glossy green about 15 to 45 centimeters long, with long petioles. The flowers bear inflorescences that form a pyramidal raceme. The fruit is a spiny capsule fruit with three cells, each of which splits into separate parts when ripe and then breaks off explosively, scattering seeds.

RICINUS – #1 oil crop in the world

Castor bean is considered an ideal candidate for agricultural revenue-generating products that have the potential to become the leading vegetable oil for industries around the world the globe. Castor oil’s high yield potential and unique fatty acid composition allow it to be economically competitive in production. It is the feedstock for the production of high quality biodiesel, short chain aviation fuels and derived fuel lubricant additives and very high quality biopolymers. Castor oil is considered a superior environmentally friendly source due to its physical properties and petrochemical.

NO competition with food

Since castor is not used as food and can be grown productively on field margins, it is a unique opportunity to expand industrial vegetable oil production in Africa. Castor offers opportunities in all aspects of agribusiness from crop production, seed supply, agrichemicals, breeding, farm machinery, distribution, processing.

Thomas Wegener of GrowExpress reported „In most regions of castor production, seed yield can be increased quickly by using improved agronomy practices Methods exercises. The main technologies include selection of appropriate varieties in combination with the use of good quality seed. appropriate planting date, weed management and population optimization. In southern Nigeria where soil fertility is high, castor is grown well.

Castor is often planted early depending on the rainy season and at about the same time as maize.

Probably the most difficult and time-consuming operation in castor production among farmers is harvesting and shelling the capsules. This is usually still done manually by the farmers. In other countries, commercial planting of dwarf hybrid castor bean types is usually done entirely with a mechanical harvester, which also removes seeds from the capsules.

Constraints to date in Africa, and so in Nigeria, mostly include lack of high-yielding varieties, inadequate agronomic practices among farmers, and lack of functionality of processing plants in cold and hot pressing.

However, both local and international demand for castor bean is very high. Various castor plants in Nigeria require a steady supply of seed.

To date, Nigeria imports over ~€70Mill worth of castor oil every year, despite offering fertile land as well as climatic conditions for its agriculture.

Although castor oil accounts for only 0.15% of global production of vegetable oils, global consumption of this commodity has increased by more than 50% in the last 25 years to ~0.78 million tons on average recently (global consumption increased ~8 thousand tons per year).

The current production rate of castor oil is insufficient to meet the expected increase in demand. This potential is of utmost importance for the future African economy.

GrowExpress grows castor as an annual and perennial crop mainly in marginal cultivation. This ensures coexistence of food and crop agriculture.

GrowExpress is open to a partnership – joint venture to carry out the very economical processing of the oil plant locally and to meet the exponentially increasing demand in the long term.

The GrowExpress office located in Nigeria Cocoa House, Dugbe, 200263 Ibadan, Nigeria. Completed in 1965 at a height of 105 meters, Cocoa House was once the tallest building in Nigeria and the first skyscraper in West Africa. It is located in Dugbe, one of the major commercial areas in Ibadan, Oyo State, Nigeria.