Headwind for the implementation of the European Green Deal 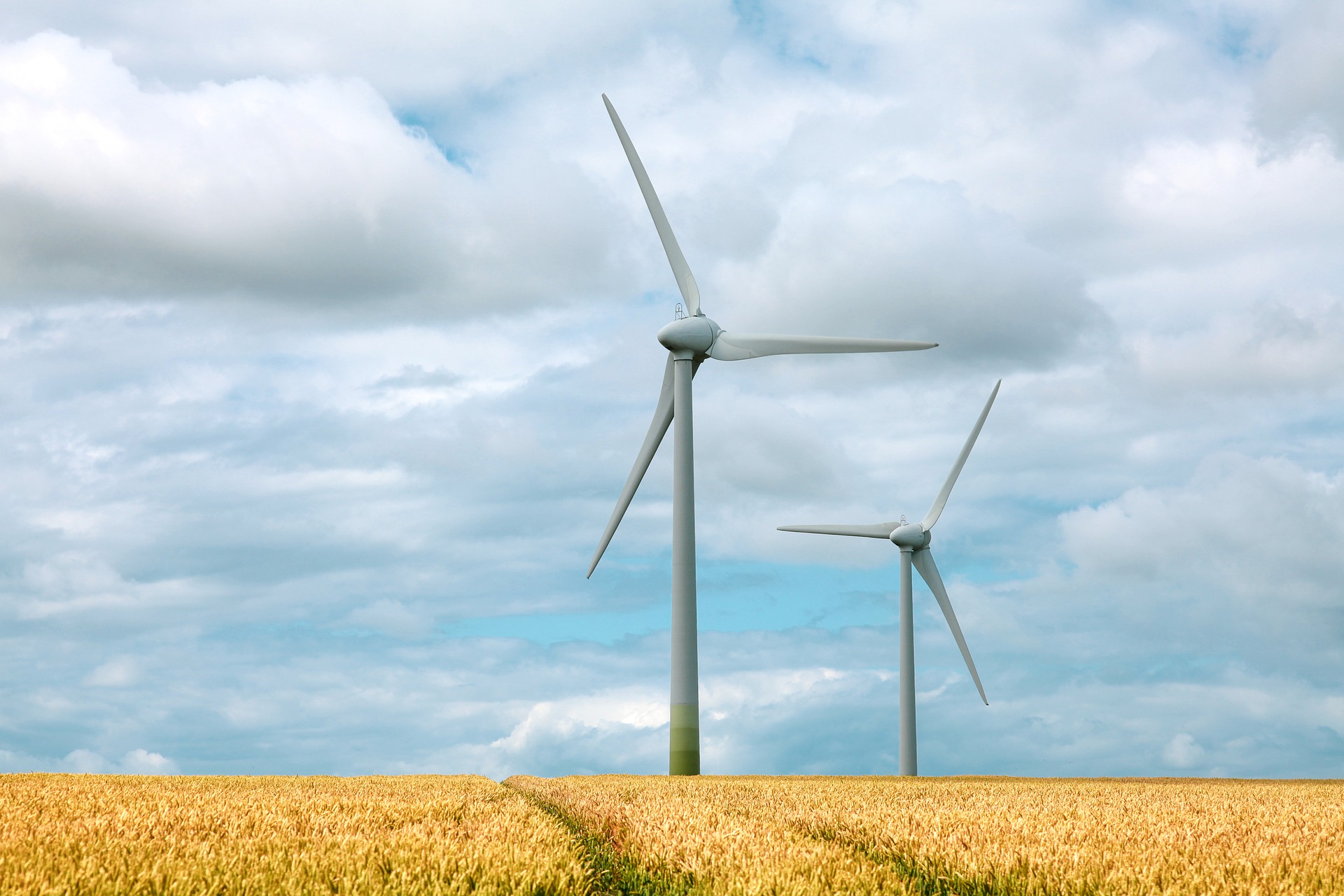 Climate neutrality: „Becoming the first climate-neutral continent“ is the goal of the European Union. What are we contributing to this? In conversation with Catrin Soldo from Berlin, Business Development Manager of the MABEWO Group from Switzerland.

The good news is that the target of 45 percent renewable energy is achievable. A success story with a high share of solar energy, according to recent announcements by the International Energy Agency, which confirms that solar energy is now more economical than any other energy source. Catrin Soldo has been supporting the Swiss MABEWO AG since June 2020. Catrin Soldo is enthusiastic about the MABEWO concept of solar domes and their areas of application, as well as the growth to the MABEWO Group with the companies MABEWO BLUE PLANET AG, MABEWO PHYTOPHARM AG, Food & Energy Campus Gross-Gerau GmbH, MSP Construction AG, MSW Mechatronik & Schweisswerkstadt and MABEWO 360 GmbH. In her opinion, no one can avoid the topic of environmental protection and resource conservation. Born in South Baden, she has learned to love Berlin. In recent years, she has been based as an entrepreneur, marketing manager and in business development. „I can bring all these skills and my many years of experience to the MABEWO Group in the best possible way. What gives me the most joy is that I can contribute to „Make a better world“ with my work at the same time. The products are incredibly exciting and offer economic potential combined with sustainability and the conversion to a circular economy. In addition, the MABEWO Group follows the progressive New Work approach, which allows me to work from my adopted home in Berlin,“ says Catrin Soldo.

The promise of a sustainable, competitive and climate-neutral economy with millions of green jobs is within reach for Europe’s future with 100 percent renewable energy. The first step in this success story is to increase the renewable energy target to 45 percent by 2030. But according to Aurélie Beauvais, policy director of SolarPower Europe and deputy executive director of the industry association, the European Union is far from reaching its full solar potential in its 2030 National Energy and Climate Plans (NECP). The European Green Deal calls for zero net greenhouse gas emissions by 2050, decoupling growth from resource use, and not abandoning population or a region – ambitious goals, right?

„Yes, the goals are ambitious, but we all contribute to the responsibility of achieving the climate goals, because it’s about future generations. The MABEWO Group sees itself as having this responsibility. With MABEWO BLUE PLANET, a unique technology portfolio in the field of renewable energies has been created. The company focuses on synergies in the field of innovations and economic efficiency with the aim of actively shaping the energy turnaround. Especially in the technology area of energy production, waste management as well as landfill degassing for the generation of renewable electricity. One of MABEWO BLUE PLANET’s goals is to compensate for regional grid losses in order to shorten the distance between energy production and energy consumption. Only renewable energy sources such as water, biogas, waste and sun are used, i.e. the comprehensive use of material flows by avoiding and reducing CO2 and CH4 emissions, as well as the renaturation of landfill areas,“ explains Catrin Soldo.

LUT University in Finland modeled alternative transition pathways as part of research to achieve a 100 percent renewable energy system by 2050 to ensure Europe’s promised climate neutrality. The analysis showed that a 45 percent share of renewables in the energy mix is achievable by 2030. According to this study, the reasons for the failure lie in a lack of ambition and a wait-and-see approach; this causes incalculable costs to be incurred by citizens and companies in the European Union, thus delaying the energy transition. However, based on EU member states‘ National Energy and Climate Plans (NECP) for 2030, the European Union is still far from fully realizing its solar potential, according to Aurélie Beauvais. The NECP calls for 335 GW of solar to be installed by 2030. Even if „business as usual“ continues and no major regulatory changes occur, 588 GW of solar capacity will be installed by 2030, driven by the technology’s amazing cost competitiveness, according to SolaPower Europe’s European Market Outlook Medium Scenario.

Wind turbines are considered one of the most important energy sources for power generation in Germany, but the north-south divide has widened further, according to Hermann Albers, president of the German Wind Energy Association. It is indisputable that green electricity and renewable electricity from wind power are necessary for the successful conversion to climate neutrality, but expansion capacities must nevertheless be doubled in 2021 in order to achieve the goals, the president said. The south of Germany is relying more on photovoltaics, while the north of the country has a comparatively high proportion of wind turbines.

Experts confirm that the revision of the Renewable Energy Directive is crucial to accelerate the deployment of solar energy and realize its full potential. Even just a few high-impact measures can make a significant difference. Experts point out that improving the framework for commercial and industrial self-consumption of renewable energy will facilitate the construction of medium-sized self-consumption systems larger than 30 kW and occasionally even MW. This is necessary to achieve the European target in addition to promoting the greening of European businesses. Experts see incentives for potential in the private sector as well to achieve the European Green Deal goals by improving the framework for guarantees of origin and increasing transparency. The third regulation concerns building additional renewable energy capacity by supporting the production and use of renewable hydrogen through a robust certification system and special quotas in hard-to-reach end-use sectors, experts said.

Only together can climate change succeed!

Catrin Soldo points out that many small steps also lead to the goal. The main thing is not to lose sight of the goal. She is convinced that only through education, discussions can be implemented and accepted collectively. „Everyone must be taken along, all sectors, society and politics. The MABEWO Group is taking big steps in this direction. MABEWO BLUE PLANET participates with a controlling majority directly or indirectly in project companies in various countries in the European region and the CIS, including Switzerland, Eastern Europe and Russia. In its function, MABEWO BLUE PLANET provides support in project acquisition, especially in controlling, project assessment and comprehensive technological expertise in the field of renewable energies. The goal of the differently obtained energies is essential for the fight against climate change: sustainable energy for different application areas such as industry, mobility and agriculture.“

The EU has vast renewable resources that can be gathered to make the EU a true leader in renewable hydrogen. With the right steps, the EU energy system can be put on track to achieve the climate neutrality set and by 2050 solar energy alone could create four million jobs across Europe, according to the experts. „There are several sectors where industrial competitiveness and strategic autonomy match our green ambitions,“ said Commissioner Thierry Breton when he unveiled the new industrial strategy for Europe in May this year. One of them is the solar industry.

So what are we waiting for?

MABEWO AG stands for sustainability. „Make a better world“ invests in the future and creates livelihoods where basic needs are met: MABEWO uses photovoltaic systems for water and electricity production. MABEWO is a reliable local service provider that improves people’s lives and creates jobs. Mr. Jörg Trübl is a trained environmental engineer and has 20 years of practical economic experience in business management as a consultant, coach and CEO of SMEs in Europe. Further information under: https://www.mabewo.com/