Personnel management for specialists from the EU 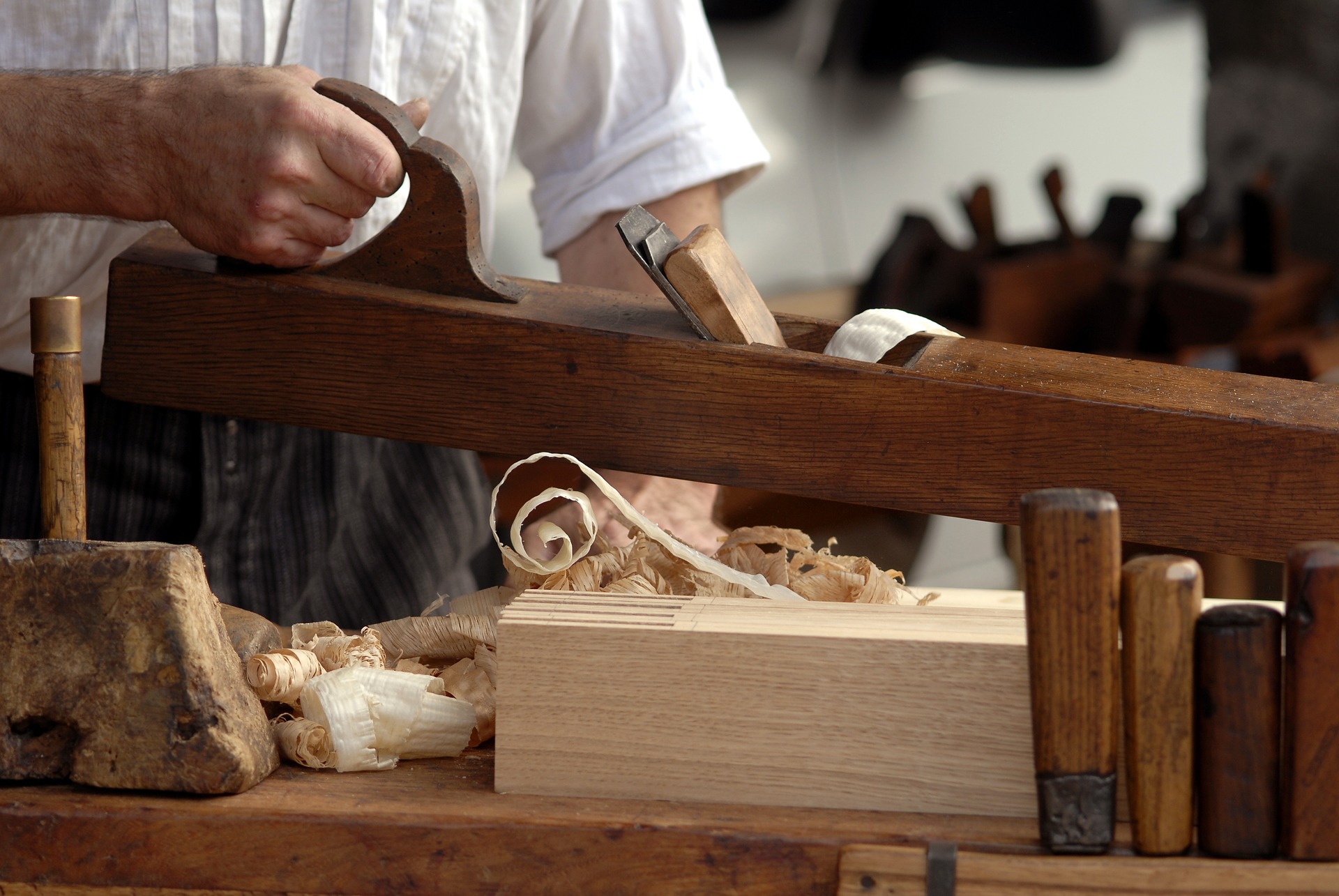 The influence of leadership style on work performance from the point of view of recruiting specialists from other EU countries – mainly from Poland. Published by Dr. Rainer Schreiber, personnel consultant and lecturer – in an extended working conversation with Oliwer Mikus, founder and manager of Sedulus Sp. z.o o – personnel agency Opole/Munich

The direction of a manager is the key to the decisive success of a company and thus decisive for the benefit or profit maximization. Meanwhile, the table of possible leadership styles has become very comprehensive. Which leadership style is the right one in view of an extended diversification of work could never be answered so easily in a blanket way. It is the mixture of „carrot and stick“ that has always proved to be true in the expression of authoritarian and cooperative leadership styles.

Different leadership styles: peasant liberation and diversification of the economy

The consideration of the different mentalities in the point of view of the countries of origin should be noted on the basis of diversification; because the mentalities between East and West are unequal with reference to the application of the different leadership styles. In Western Europe, the upsurge of trade and diversification of the economy but also of enlightenment had beneficial consequences. In the West, the first wave of peasant liberation occurred as early as the end of the Middle Ages, while in the East serfdom, which led to a „certain disenfranchisement,“ was maintained and intensified.

This is not meant to be discriminatory; however, it does shape people’s behavior, for example, in their working lives. As a result, the study of different leadership styles is useful for the work process. The mental differences and the general situation in the further course of the 20th century in Eastern Europe were predominantly significant in the light of the Soviet dominance.

Oliwer Mikus comments: „As a result, individual explanations have to be found in the jungle of human resources management, taking into account the character foundations of potential applicants from other EU countries. After all, every company and every individual is different. Companies in the start-up phase in the guise of tech start-ups function or tick differently than traditional medium-sized enterprises (SMEs) and large corporations.“

„Furthermore, in the search for the appropriate leadership style, an intelligent algorithm cannot yet be applied, but at the moment classical assessments help, i.e. the classification of applicants,“ the experienced recruiter points out.

Research of leadership styles and change

At the beginning of the 20th century, research in this sector of leadership forms gained relevance. „In fact, two outstanding researchers, the social psychologist Kurt Lewin and the sociologist Max Weber have greatly influenced this field of research. Their work continues to influence the sciences and the foundations of organizational psychology to this day,“ explains Dr. Rainer Schreiber in an interview with Oliwer Mikus. In this context, Prof. Dr. Lutz von Rosenstil should be mentioned as a prominent scientist of this school. In the further course of this elaboration the different leadership styles are to be illuminated under the special consideration of the mentalities.

The leadership styles according to Kurt Lewin are:

The idea originally developed in the francophone culture. Managers who cultivate this style stay out of the day-to-day operational business. Their employees work in a self-determined and self-sufficient manner. This style of leadership requires strength of character and high social and professional competence of the employees as a whole, taking into account a perfect selection of personnel. In practice, it is conceivable to forfeit this method, and a high level of trust and autonomy can have a positive effect on the company. In practice, lack of discipline, unclear and chaotic structures and rivalries in the workforce are threatening. Praise and reprimand are not features of the predefined leadership style.

The entire decision-making power lies with the supervisor, and corrections and suggestions in the light of the work processes, but also the circumstances of the interpersonal situation (feedback) of the employees are undesirable. The somewhat militarily strict working climate can demotivate and inhibit innovation. Decisions are made very quickly and often hastily, but the risk of fatal mistakes is great because there is a lack of control.

Interpersonal relationships in conjunction with democratic principles within the hierarchy determine the interaction between staff and management. Suggestions and criticism are always welcome, and influence and increase motivation in the workforce. A positive working atmosphere, but also creativity, ensures the existence and success of the company. It is a fact, however, that opportunities for co-determination – as is the case in almost all democratic structures – slow down decision-making processes. But for managers this also means that responsibilities are distributed within the hierarchy.

The leadership styles according to Max Weber are:

Both the managers and the executing forces are replaceable at any time in companies where this style of leadership is cultivated; this is because the real power comes from the structures and rules that develop within the company over a longer period of time. It is the prescribed work processes that characterize and regulate strategic or operational day-to-day business. In the words of Max Weber, professional aptitudes do not play a decisive role in professional career planning and in the game of interpersonal relations. Those who have been with the company the longest hold the highest positions.

This style of leadership allows for louder relationships and prevents injustice. The greatest weakness of this style of leadership is its lack of flexibility. The clear set of rules makes quick reactions to changes in the market environment and to crises (times of need) virtually unfeasible. Systems of this type can still be found in government agencies and in traditionally managed entities.

The leader who leads charismatically in business or politics captivates his employees with charisma and forward-looking ideas, motivating them to work, empathy and creativity.

In this way, the ability to innovate and also empathy are considerably promoted. These management circles like to make decisions spontaneously from the gut. This type of leadership can lead to considerable undesirable developments in the area of tension.

The charismatic leader fires up the workforce, which collectively and in trust in the leader pursues an economic, political or even charitable goal. The feeling of togetherness within the workforce is particularly strong.

The discipline factor is a particular characteristic of this form of leadership. Family businesses often cultivate this style of leadership. Comparable to a monarchy, the values of the head shape all facets of the company, and hierarchies are firmly established. The top management, in concert with a confidential staff of advisors, usually makes all decisions without exception. Employees in this system do not question this – as in the viewpoint of autocratic leadership – and follow instructions with discipline.

Autocratic leadership style is the counterpart of Kurt Lewin authoritarian leadership style. The translation of the word autocracy from the Greek language means „sole rule, and that says it all. An autocratically acting leader, however, is responsible for all decisions, which can be implemented accordingly quickly. The prerequisite is the obedience of all employees.

Eastern Europe has followed a fundamentally different historical path for centuries, whereby the Soviet dominance (authoritarian leadership style) until 1989 must be taken into account for the selection of the leadership style. That sounds a bit strange and arrogant; although the democratic traditions are becoming more and more well developed in the new generations. The inheritance of the old time sounds nevertheless with the younger people from this culture area in the thought world! A phenomenon, which is relevant in all culture areas.

Each personnel mediator in addition, entrepreneur and customer is demanded this topic to measure and/or study in detail. The preference is to be seen in it to develop a synthesis between the authoritarian guidance style in agreement with the cooperative guidance style after Kurt Lewin. Laisse-faire is totally unsuitable! In the long run it is desirable to develop a democratic leadership style. A task for a mature society!

About the author:
Personnel consultant and honorary lecturer Dr. Rainer Schreiber with a degree in economics, specializing in finance, controlling, human resources and training. He works in professional adult education and publishes on management personnel consulting, demographic change and economic policy.

Company Description:
The company Sedulus Sp. z o.o. with headquarters in Opole / Poland, branch in Rzeszów/ Poland and a branch in Munich / Germany has been successfully operating in the recruitment of experienced forces since 2015 and sees itself as an interface between employers and applicants. The goal is to achieve the connection of the needs of employers with the requirements of employees. Sedulus Sp. z o.o. has numerous attractive job offers, both permanent and temporary jobs. The company specializes in organizing suitable work for individuals, couples and groups, as well as students. More information at: https://sedulus.pl/de/kontakt-deutsch/