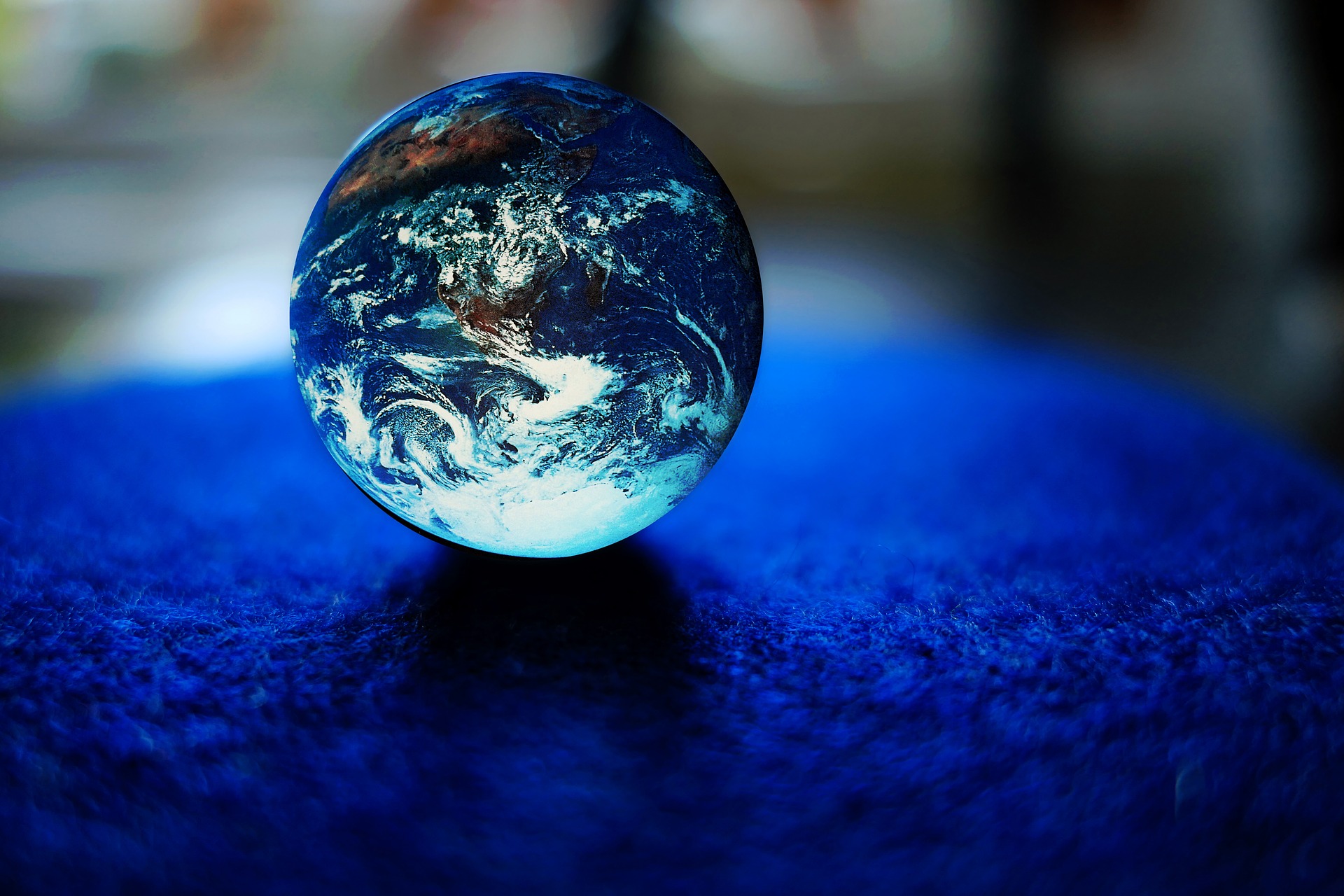 The Silk Road has provided a functioning trade network between today’s Europe and East Asia for several thousand years. The New Silk Road project is causing heated debates and weighing up the associated opportunities and risks of the ‚One Belt – One Road‘ project. In conversation with Dr. Peter Riedi, Board of Directors of EM Global Service AG, Principality of Liechtenstein.

The topic of globalization has not been reinvented. Globalization means expansion, compression and acceleration of worldwide relations, like the history of the Silk Road. When we think of globalization, we think of goods and trade, but global interconnections of trade and financial flows also play a role. Networking for the advancement of innovative and technological developments emerged and continues to emerge from these trade networks, of which the Silk Road stands as a fabulous example. We ask Dr. Peter Riedi, who is at home in trade networks and the financial industry through many years of experience. As a former director of several Swiss companies, both in the field of auditing and fiduciary services, Dr. Peter Riedi is well connected across the DACH region. As a former partner of companies in the financial and real estate industry, secretary of the cantonal SVIT-Ticino Swiss Real Estate Association and representative of SVIT within the FTAF, Dr. Riedi draws on many years of experience. Today, he is a member of the Board of Directors of EM Global Service AG in the heart of Europe in the Principality of Liechtenstein, familiar with the issues surrounding precious metals. „Yes, life consists of networking. On a small scale, we think of the family network that not only provides protective functions, but in particular a protected framework for development opportunities. This well-functioning system has been taken as a model by numerous industries, including the global economy as well as the financial sector. For successful expansion, further development and the opening up of new markets, i.e. the globalization process, secure framework conditions are needed, just as in the family network,“ explains Dr. Riedi.

The ancient Silk Road refers to a network of various caravan routes connecting what was then Central Asia with East Asia. It originated about 200 years before our era from the interest of the emperor of the Chinese Han Dynasty to enter into alliances with Central Asian empires. The main route of the world’s oldest trade route started in Chang’an, the capital of the Han Empire, and enabled the exchange of goods between Iran, India and China, among others. Dr. Riedi comments: „From historical evidence and research, we know that making a caravan journey from China to the Mediterranean took about three to four years for a distance of about 10,000 kilometers. The long absences and the fear of danger meant that traders often traveled only part of this trade network, exchanging goods with other traders about halfway along the way. Trading strongholds to trading metropolises often developed at these nodes, offering numerous advantages to traders.“ With the coverage of these important cultural areas, the Silk Road gained importance.

The trade route did not receive the name of the Silk Road until 1877 by German geographer Ferdinand von Richthofen. At that time, silk could only be produced by the Chinese, which prompted the Romans‘ enormous interest in silk to take up this trade route. In addition to silk, spices, porcelain and furs were also transported from East Asia. In turn, trade goods such as gold, precious stones, precious metals, and glass, as well as paper and black powder, were transported from what is now Europe to China. In addition to trade goods, Buddhism was also established in China and Japan via the Silk Road. „The flourishing of the trade route encouraged the development of numerous cities along the route. New networks emerged to help traders conquer the long journey, facilitate intermediary trade, or in other words, the seeds of globalization were thus born,“ Dr. Peter Riedi indicates.

There is also evidence that the popular trade route was fiercely contested. Traversing the route often turned out to be dangerous. Threats from bands of robbers, weather conditions (desert 50 °C and mountains down to below -20 °C) or disease were omnipresent, comparable to the modern threats of economic crises, real estate bubbles or the Corona pandemic, according to Dr. Riedi. „It was not only then that the virtues of mute and achievement decided as a basic requirement for the success of action and the expansion of economic networks. Especially today, we need courage and achievement to make the global marketplace sustainable for generations to come. We can learn from the trade route of antiquity today to avoid mistakes and adapt the expansion to future requirements,“ economist Dr. Peter Riedi is convinced.

Project ‚One Belt – One Road‘ – the new Silk Road

In addition to the old Silk Road, a new project was launched by the Chinese government in 2013 to better link the infrastructure between Europe and Asia by both land and sea. The so-called ‚One Belt – One Road‘ project is unparalleled in terms of scale. Across Europe, Africa and Asia, more than 100 countries are involved in this project and it is costing China almost 1 trillion euros. Dr. Riedi commented, „A fantastic project with great potential for interconnectivity, related understanding and resulting desire of peaceful trade.“ As a common goal of this project, a global economic trade network, which implies not only roads but also airports and sea routes, is envisaged by those responsible, this was announced by State and Party leader Xi Jinping in a press conference in 2013. Would you have known that this Silk Road ends in Duisburg, Germany? „Yes, it’s unbelievable, but a total of 68 countries are involved in the development and construction of the trade network project „One Belt, One Road.“ Duisport, with its perfect location, counts as an optimal distribution point in Europe, so it becomes the „trade heart“ of Europe,“ Dr. Riedi is pleased to say.

Opportunities and risks of the new Silk Road

Therein lies the opportunity for a revolution in infrastructure and economic history with the goal of jointly creating the conditions across borders. „The People’s Republic of China is clearly focusing on tradition and its historical role. Economically, this could be the realistic opportunity for stability in society,“ says the experienced economist.

While this project sounds positive for now, it does carry some risks. Critically, by controlling about 90 percent of the projects under the ‚One Belt – One Road‘ project, China aims to further strengthen its position as a global economic power. The world economic crisis between the U.S. and China still needs a lot of reappraisal and discussion. China is making itself indispensable by providing loans to poorer countries to expand trade routes, as 42 percent of the countries benefiting from the New Silk Road have critical credit status. Xi Jinping expressed that the goal by 2049 is to make China a political and technological superpower. This future dependence on China is under discussion and is critically accompanied, as well as the idea of sustainability up to the circular economy, which can be expected through the construction of new roads, ports and power plants.

Europe is focusing on risk minimization through competitive analysis. „It is important to remain vigilant, to keep an eye on risks and opportunities; the market is tightening, but opportunities must also be properly exploited. The competitive intelligence (CI) approach is gaining in importance as a basis for competitive strategies that identify strengths and weaknesses at an early stage and allow strategies to be adapted to market conditions,“ Dr. Riedi points out.

Conclusion: Infrastructure development – from ancient times to the present day – connection and economic development from Africa to Fiji and Burma to Mongolia – Europe Distributor Duisport (Port of Duisburg)

The idea to connect half the world with infrastructure development. In the countries involved in the project, China wants to close infrastructure gaps and thus ensure an increase in profitability, since China is one of the most important trading partners of many European companies. It should not be forgotten that the expansion of the infrastructure will significantly reduce transport times, mainly via freight transport, which also reduces costs. „In addition, the triggered economic development can open up new sales markets along the „New Silk Road.“ The New Silk Road could become a model for sustainable development and present participating countries such as Germany as pioneers of a paradigm shift. This should not be forgotten, even amidst all the critical discussions,“ concludes Dr. Peter Riedi.

Digitalization – one of the most important and prominent topics in the 21st century, but still elusive for many. Philipp Jonathan Bossert, student in Berlin and blogger. He studies industrial engineering and deals with the transformation through digitalization and the related development from an engineering perspective. Further interests besides his studies are music production. Working as a music producer for years, Philipp Jonathan Bossert observes the progression of transformation as a continuous digital and automated development.