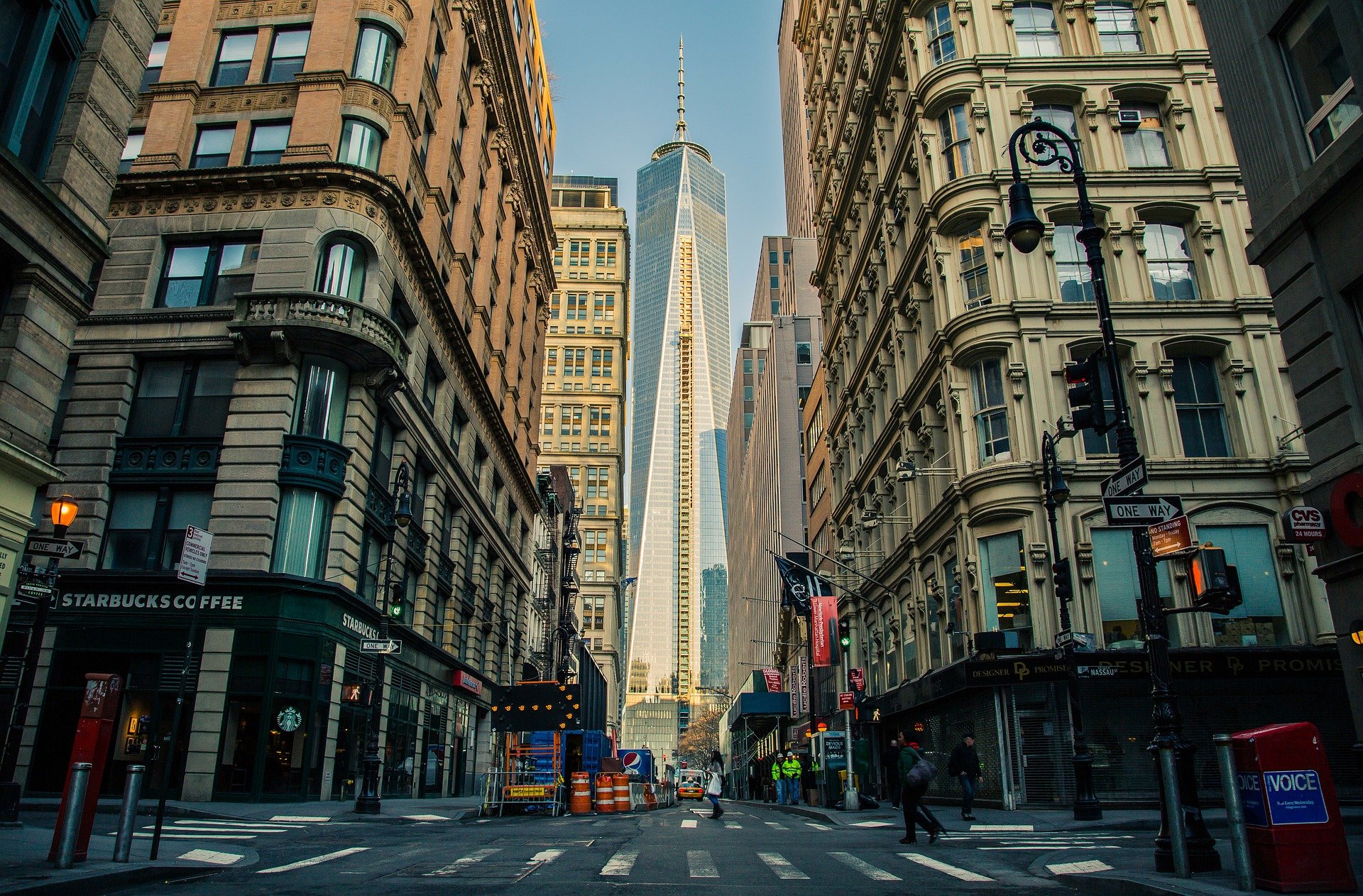 Modern fraud schemes at the expense of German consumers regularly do not work without banks. Fraud victims pay into accounts at banks abroad. There the deposit of the fraud victim disappears by withdrawal or forwarding. Frequently, identities are stolen in order to open accounts at the receiving banks, or it remains unclear how the account connection came about. Usually, the perpetrator group is not tangible. It is then natural to assume liability on the part of the bank. Why?

Without banks, no victims

The fraud system is inconceivable without the involvement of banks. The latter obviously do not comply with their due diligence obligations and „join forces“ with the fraudsters. The recipient banks of the deposits produce a loss to third parties who obviously have not complied with their due diligence and compliance obligations and thus downright participate in the investor fraud.

Banks can check, but apparently do not want to sufficiently

Under international and national law, banks are obliged to establish and verify the identity as well as the content of the business basis of a contracting party. In most cases, this is done by checking the legal form, the address of the registered office, the date of incorporation and the entry in the commercial register. In addition, a bank has the duty to check incoming payments and to verify their plausibility. Finally, banks must carry out risk-adequate monitoring of their business relationships, including transactions conducted in the course of the business relationship, to ensure that they match the business profile. This already follows from money laundering law, which applies internationally. Apparently, it is overlooked that the Federal Court of Justice in Germany has ruled on liability.

Examination by lawyers – when there is liability

Again and again, lawyers are asked why banks that transfer funds are not liable for the loss of assets in the case of crimes such as embezzlement, investment fraud or normal fraud.

On the one hand, it can be assumed that the legal situation is difficult and that banks only have the task, together with other payment service providers such as credit card companies, PayPal and others, to create a fast and efficient payment transaction. Just as a letter carrier does not have to check the contents of letters, or a cab driver has to ask everyone where they are planning to go, but not what they are planning to do there, the banks argue. They see themselves purely as service providers for fast and efficient payment transactions and reject any responsibility. With regard to money laundering obligations, the banks argue that this is a duty under public law that has to be fulfilled vis-à-vis the state and has nothing to do with payment transactions. A further difficulty is that payment transactions are complex and a bank’s customers may not have a contract with the payee bank at all, but rather their bank simply executes a payment order to another bank, for example, and then passes the money on to the customer.

Ruling of the German Federal Court of Justice on the subject

If you look at the case law on the subject, you come to the following conclusion: The Federal Court of Justice assumed in the decision IV ZR 56/07 that there is a duty to warn if there is evidence, i.e. if it is objectively recognizable that criminal acts have been committed at the expense of customers. This is also not contradicted by the fact that, according to the Money Laundering Act, a suspicious money laundering report must be kept secret.

However, this does not give rise to a contractual claim against a third party bank; the Federal Court of Justice believes that a third party bank could be liable under Section 826 of the German Civil Code (Bürgerliches Gesetzbuch – BGB), or there would be the possibility of claiming damages from third party liquidations. So the question is whether the bank is liable or not.

Does bank liability help you if you have lost your money due to a transfer to a fraudster. There are various aspects to consider here.

By JUDGMENT of the Federal Court of Justice (case number XI ZR 56/07 of May 6, 2008) an ugly case of some victims of fraudsters was decided. The highest German court commented on the conditions of contractual warning obligations of banks in cashless payment transactions.

Bank liability for the frauds of others?

Some families from Düsseldorf had fallen for clever telemarketers and transferred money to them. The perpetrators withdrew the money and disappeared. Now the victims wanted to sue the bank.

Germany’s highest court clarified that there is a contractual duty to warn because the „contracting parties must behave in such a way in the performance of an obligation that the legal interests, including the assets, of the other party are not violated (Senate BGHZ 157, 256, 266 m. w. Nachw.). From a giro contract arises for a credit institution the duty to protect the interests of its customer“.

It applies however also that banks are active with the money transaction in a perfect, simple and fast completion and have already because of this limited business purpose and the massiveness of the business transactions in principle not around the involved interests of their customers to worry.

In exceptional cases, however, credit institutions may have duties to warn and inform their customers in order to protect them from imminent losses. Such a duty can be assumed in remittance transactions if the remitting bank is aware of the obviously imminent economic collapse of the remitting beneficiary or the beneficiary’s bank. This therefore concerns a bank with which the aggrieved party has an account.

The Court of Appeal did not make an error of law in determining the actual requirements for such a duty to warn. The bank is liable for employees who fail to see the obvious. According to the court, even banking secrecy or money laundering law (because of the secret investigations) does not prevent the duty to warn. This only concerns the bank’s own customers.

What if the victim is not a customer of the bank that should have warned?

Usually, someone initiates the transfer from his bank to the account of another bank where a criminal keeps his account. In that case, there is no contract between the victim and the bank of the criminal. Is the bank still liable? Yes, says the highest German court and discusses the question in detail. This arises from § 826 of the Civil Code. Here, a bank may then have to pay damages due to intentional immoral damage for lack of warning. In addition, the customer may have recourse to a bank’s claim for damages against the bank that failed to warn. In the event of a breach of due diligence or warning obligations by the banks involved, the bank customer is entitled to contractual claims for damages in his own right only against the bank he instructed, while he can assert claims against the other banks involved based on the assigned right of his bank by way of third-party damage liquidation. This means that banks must give immediate notice in order to avoid claims for damages by victims. Since liability is affirmed by case law if the bank acts recklessly…., recklessness is equated with intent, so to speak. In addition it comes that the legal thoughts of the institutionalized co-operation and thus a bank adhesion could be likewise consulted (classical one of the bank adhesion – the „scrap real estate judgement“ of the Federal High Court of Justice of 13.06.2006, with real estate expert Thomas Friese, Oldenburg/Berlin in the interview with Valentin Schulte, economist in Berlin).

Result – the banks cling with criminal acts of their customers

The case law thus affirms the liability of a money transmitting bank under certain conditions. However, the legal situation is complicated and the necessary evidence is not readily available (counter-example: a video recording of a traffic accident). The evidence is in the sphere of the banks. However, criminal investigations help here, as well as lawyers in the countries where the recipient banks reside.

The law firm Dr. Schulte Rechtsanwälte has been successfully working in civil law since 1995, with a focus on internet, reputation and competition law. It represents the interests of individual investors nationwide. You can find additional sender information with the location of the office in the imprint on the website www.dr-schulte.de.