ABOWI today in Arnhem – always worth a visit 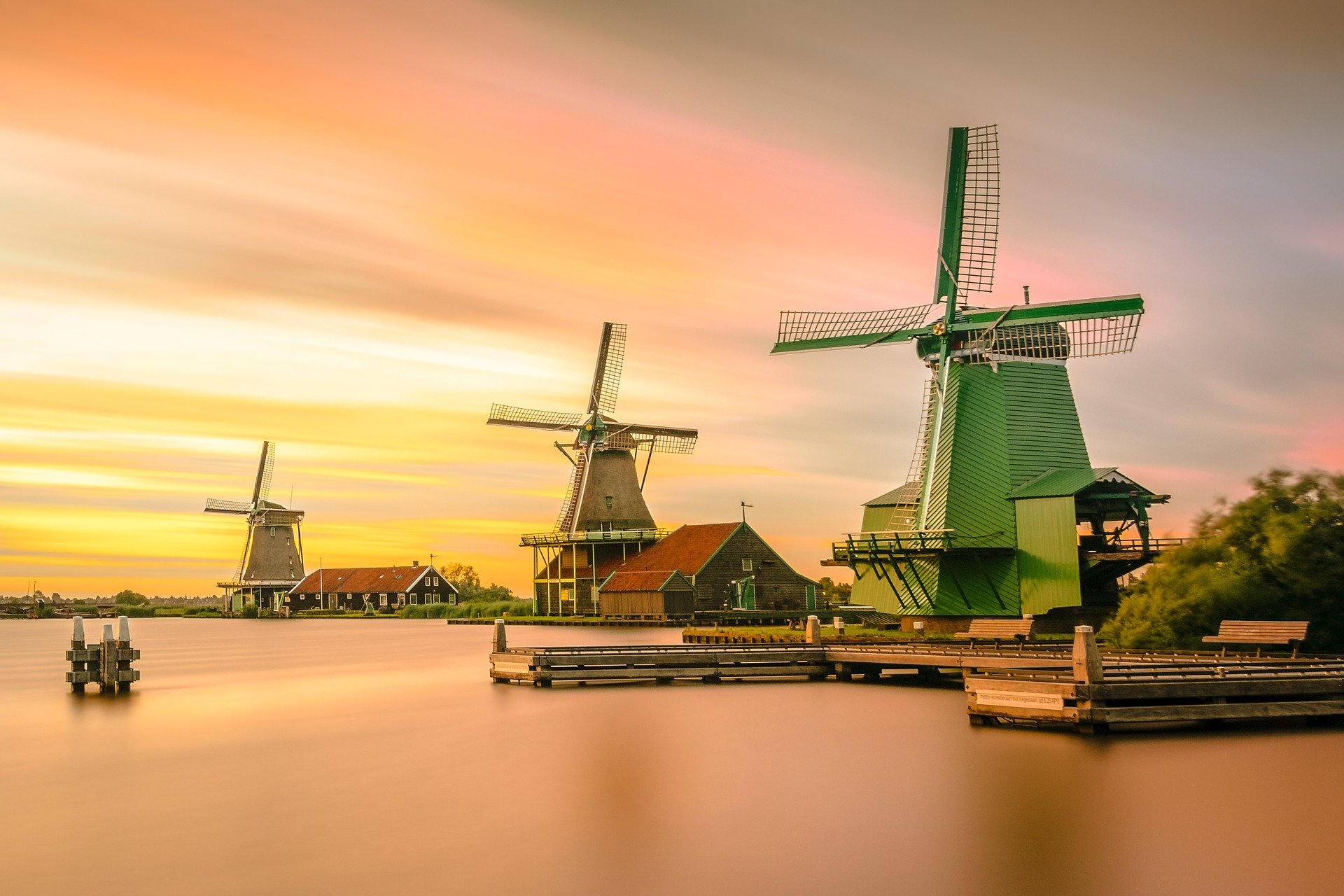 Across Borders With Information visiting the friendly and close Dutch neighbors: open, cordial, humorous, and ready for any challenge. Interview with lawyer/ Dutch advocaat Wouter Timmermans, by Josefine Antonia Schulte, a law student from Berlin, Germany.

For the Dutch, who wrested much of their land from the water, anything is possible for now, and difficulties are treated as challenges. Freedom and flexibility are two of the key life principles of this likable and humorous people, but when it comes to discussions about soccer, even Dutch tolerance reaches its limits. Clichés such as tulips, cheese and camping are closely associated with the Netherlands, but they are proud of their reputation as clever and successful merchants, which the Dutch have firmly secured through their long seafaring tradition. Another peculiarity is that hierarchies in the Netherlands are much flatter than in Germany. The weighting for a decision should not be underestimated, where for example the porter or the secretary may be the decisive factor.

ABOWI – Across Borders With Information is arranged for a conversation with the „border crosser“ Wouter Timmermans, a Dutch lawyer with a Berlin background.

This interview is part of the ABOWI interview series. Written for, Across Borders With Information, my goal is to interview lawyers from our 197 countries around the world about their experiences on globalization, everyday difficulties, and peculiarities in their respective legal systems. What do lawyers from all over the world have in common and what still separates them? A virtual world trip through the legal systems of our planet. As a law student, I want to learn from people who have chosen the same career path as me. I also do that through the ABOWI – a project to give lawyers a platform and to put them mostly in the background acting and cohesive of our systems a bit in focus.

The Netherlands combine tradition and modernity

Attorney Wouter Timmermans is head of the German department of the Arnhem-based law firm Stellicher advocaten NV and thus an expert on the German-Dutch legal market.

Arnhem is the capital of the province of Gelderland and the major city is located on the Nederrijn, a short stretch of the Rhine after the Rhine was divided. Between 2010 and 2018, attorney Wouter Timmermans ran a German-Dutch law firm in Berlin. For me, as a native Berliner, this is particularly exciting. Besides, Wouter Timmermans is chairman of the German-Dutch business club Gelderland. Accordingly, Mr. Timmermans‘ different experiences regarding two such closely linked countries are also exciting: Germany and the Netherlands, or as the Germans used to say: „Holland“. From the beginning of 2020, according to the Dutch Ministry of Foreign Affairs, the name „Holland“ will no longer be used, the Netherlands does not want to be officially called „Holland“ anymore. A weighty reason is that the Netherlands consists of 12 provinces, and Noord- and Zuid-Holland make up only two of the twelve.

In the nineteenth century, „Holland“ became synonymous with the entire Netherlands. Guilty of this is that after Napoleon’s fall, the two Dutch provinces provided the largest economic share of Dutch prosperity. As a traditional trading nation, the term „Holland“ became naturalized for the Netherlands internationally, but that is in the past.

Josefine A. Schulte: Please introduce yourself briefly in terms of name, age, background, and how long you have been practicing law?

Josefine A. Schulte: What made you want to become a lawyer in the first place, or does your home country possibly have something to do with it?

Josefine A. Schulte: What is your focus in law?

Josefine A. Schulte: What is the social recognition of a legal career? (e.g., in Germany, social recognition is quite high, especially for people who do not have contact points with lawyers. There is certainly a the stereotype of the superior and rich lawyer).

W. Timmermans: It is probably different in the Netherlands, where hierarchies tend to be flatter and play a lesser role. Also, I suspect that the path to study in the Netherlands tends to be more accessible for many.

Josefine A. Schulte: What challenges do you face daily as a lawyer?

W. Timmermans: Delivering good work. Regardless of the substantive work, acquisition on the

Internet – much more than in the past – is also a challenge.

Josefine A. Schulte: You are a local lawyer, but at the same time you live in a globalized world. But how is the cooperation with lawyers and clients outside the country?

W. Timmermans: I work a lot with German (in-house) lawyers and notaries. And I represent many German clients, mainly German companies. The cooperation is pleasant and good.

Josefine A. Schulte: How well-positioned internationally are the lawyers in your country in terms of language?

W. Timmermans: The country has traditionally been internationally oriented. International transport and export are important components. Lawyers have inherently adapted to this. Especially in the west of the country, there is a strong orientation towards England/America. In the east of the country, more towards Germany. In school, children learn several foreign languages. I, therefore, think that the lawyers in the country are very well oriented linguistically. Especially the English language is well mastered. The German language rather less, then rather better in the east than in the west of the country.

Josefine A. Schulte: In your experience, how high is the demand for international cases and clients?

W. Timmermans: I work in the German-Dutch market and our firm is located in the border region, so it is high.

Josefine A. Schulte: What kind of legal advice is in high demand from your international clients?

Josefine A. Schulte: How do you see the global market in the future, in Germany you will have to specialize in a certain area of law at some point in your studies, do you think it makes sense to specialize in international law?

W. Timmermans: I believe that because of the ever-increasing digitalization and globalization, the global market is becoming more and more important. And also „new“ markets, such as China, Africa, and South America. A specialization in international law, which is actually national law (the Private International Law of the Netherlands), is -when one operates internationally- indispensable.

Josefine A. Schulte: From your experience in your professional life, how useful is the decision to pursue a career in law? Would you choose it again?

W. Timmermans: Whether it makes sense is ultimately an individual decision. Yes.

Josefine A. Schulte: What advice would you give to law students or prospective students?

W. Timmermans: Partly to study abroad (Erasmus program / LLM). I did that myself in 2004 (at HU / FU Berlin) and of course it is a great experience. You learn about foreign law and you meet students from other countries.

Josefine A. Schulte: From your perspective, what needs to be done to bring lawyers from around the world together or is this process not necessary?

W. Timmermans: That is a good question. For example, for German-Dutch lawyers, there is an association and I think for cooperation between lawyers from other countries there are also such associations. Also, the Dutch Federal Bar Association is looking for international cooperation. So I don’t have an overview of if there is a need for additional initiative.

Many and sincere thanks to my interview partner Attorney Wouter Timmermans for this open and interesting conversation. My generation considers itself lucky that we benefit from each other in a friendly way across borders with our neighboring countries like the Netherlands, despite the differences and the historical challenges.

The Dutch principles of life are based in particular on freedom, flexibility, and flat hierarchies, which became clear to me in my conversation with dutch advocaat Wouter Timmermans. Fascinating for me is that although the Netherlands is only a few kilometers further west than Germany, there are still some cultural differences to be observed. Also, the hierarchy difference between our countries is interesting. As a native of Berlin, I think that Berlin as a startup and hipster metropolis also enjoys the special reputation of freedom and flexibility, but therefore is not an accurate representation of our whole country. Mr. Wouter Timmerman’s motivation to become a lawyer came from the power of the media, the TV series. An interesting motive, which I also received as a response from numerous of my fellow students. My interviewee advocaat Wouter Timmermans sees the job as a vocation; for my fellow students, the expectations created by the media lead to disappointment when the fiction did not match up with the reality of their studies.

Through ABOWI, the employment, and the questions I realize that with a legal background the doors are wide open to the possible do-gooder, whether as a politician, lawyer in the free economy, or the government service. Wouter Timmerman’s advice to law students to venture abroad is of enormous importance. Only those who venture outside the box will broaden their horizons and be rewarded with great new opportunities. Cultural exchange and cooperation across borders, help for peaceful coexistence and the solution finding to avoid problems, like the idea of the ABOWI project – „Across Borders With Information“. In economic courses of studies, this stay abroad is already a fixed component of the study. In law there are offers but due to the binding to the national legal system, it is not considered very important. This is a pity, but I am convinced that this will change shortly. My stay abroad, as soon as traveling is safe and allowed again, is firmly planned, until then I travel virtually with ABOWI.

„For simplicity, the masculine form is used throughout the text; the […] feminine form is of course included.“

Across Borders With Information – ABOWI, an interview series by Josefine Schulte law student from Berlin in Germany. Questions and Answers: A journey around the world revealing differences and prejudices. What moves the lawyers of this earth, Josefine Schulte asks herself from Azerbaijan to Cyprus.